The plan was to get up early in the night, drive south to Lake Mantovo and take some landscape photographs at sunrise. Upon arriving at the location and checking for spots on Google Maps, I saw what seemed to be some kind of mine, located just a few minutes drive from where I was. After the sunrise, I packed my gear and headed north to check out the mine and see if there was something worth to shoot.

I was greeted by an old rusty sign that said “Damjan — Iron Ore Mine — Good Luck”, and I immediately noticed that the place was definitely abandoned for a long time. I took my camera and started wandering around with great excitement because I knew that this place would make a great story!

From the little information I was able to found on the web, I learned that this mine was in operation from 1963 until 1992. Around two hundred people worked here, all coming from different parts from the country. They were all housed with their families in a nearby town.

After the surface reserves of iron ore were depleted, the mine was immediately shut down and the people who worked here were transfered to various mines throughout the country.

I was blown away by the stuff that was laying around the complex, from old documents and strange items, to heavy machinery and dangerous chemicals. All was left and untouched for more than 20 years!

Enough words from me, I’ll let the pictures speak for themselfs. 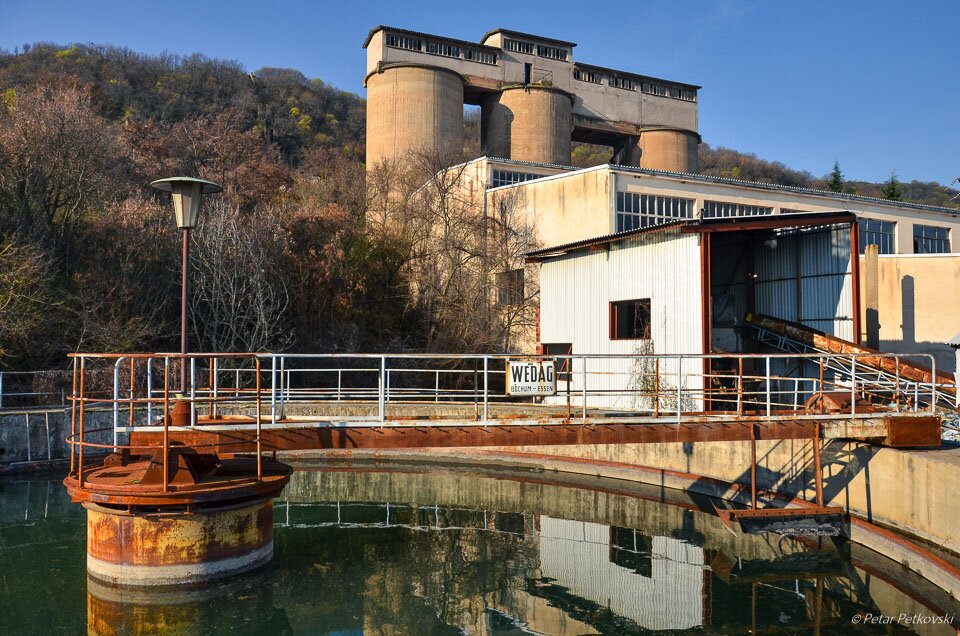 The main building complex where iron ore was processed.

Somewhere in the main offices, I found an expropriation act document, dating from 1963.

I’m imagining this is a window where the workers got their salary handed.

Picture of Lazar Kolisevski found in the nearby woods.

This mask gave me the creeps.

These strange bags with plastic granules were all over the place.

View on the main facility.

The main iron ore dig which is now filled with rain water.

Storage for chemicals and various substances. I’ve found some pretty dangerous and explosive chemicals that were untouched.